I will start with my verdict: I'm just impressed with the fast and effective way to create natural looking HDR images with the software SNS-HDR.
Now let's go back to the mental process: recently I find out that I wasn't satisfied anymore with the results I was obtaining with my previous HDR and tone mapping software, the freeware Luminance HDR (previously known as qtpfsgui).

I always try to support open source software whenever I can, but the development of Luminance HDR has been stuck for long time, and it has lost all of its advantages, except the price, compared to its paid competitors. The workflow was complicated, often involving the creation of tone mapped images using different alghorithms and then merging them togheter with an external editing software. While a good output was possible, it was always requiring a big effort and a long time to obtain it. And the results were often having a fairy tales look, that might be a good feature for somebody but not for me, in particular if you don't have much control over that strange look. And the preview image, dependent also on selected output size, wasn't updated instantly while moving the slidebars, so a few extra steps of trial and error were necessary. On the example below is a very appealing image obtained with some effort in HDR Luminance, but far from having a natural look.

So I first tested Photomatix, probably the most famous piece of software to create tone mapped images. While the results were better than with Luminance HDR, I wasn't still satisfied with the control of halos and the obvious difference between the preview and the final result. It is not helping much if you can't have a realistic preview and you have to guess how to move the slidebars. Also in this case it was more of a trial and error process, even if less complicated than with Luminance HDR.

Photomatix preview on the left, and final result on the right

So while doing more researches in Google, I stumbled upon SNS-HDR: it was possible to download a working trial version, with the limitation of a screenshot in the saved image, and so I downloaded it right away. SNS-HDR website is in polish, but it's possible to select a different language and have an automatic translation in English; the software instead is perfectly translated in English. It's still not as known as its competitors, so probably they will have to invest a little bit in marketing, as the polish website is suggesting, because it really deserves a better visibility.

After testing a little bit the software, I was really enthusiastic to see how easily I could obtain a natural looking tone mapped HDR with little effort. I couldn't believe I was able to "restore" some of my old images that I knew had potential but I was never able to render properly. That's how I ended up contacting Sebastian Nibisz, the developer of SNS-HDR, asking for a copy of the software to use and test further.

Not only I was impressed by the results obtained starting from a batch of 3 or more frames, but the output was impressive even using a single photo to tone map. The software is able to recover an impressive amount of details and to increase the dynamic range.

I believe that SNS-HDR has the potential to become not only the best HDR software around, but also a standalone software to develop Raw, if the road map of the developers will go in that direction.
If you want to know more, and start testing the software, read my beginner tutorial on how to create a natural looking HDR images with SNS-HDR. 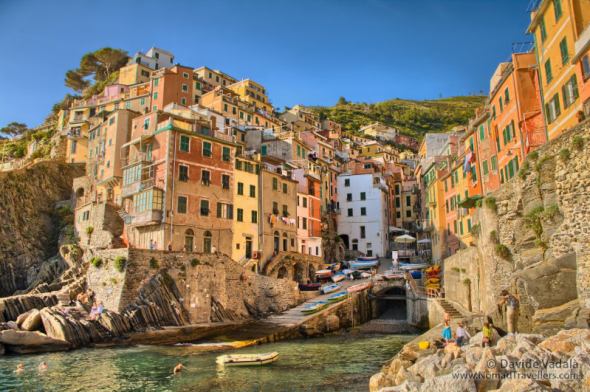 The village of Riomaggiore, created from 3 bracketed photos in SNS-HDR