How are we spending our days in Italy? Cycling in Rome and Critical mass 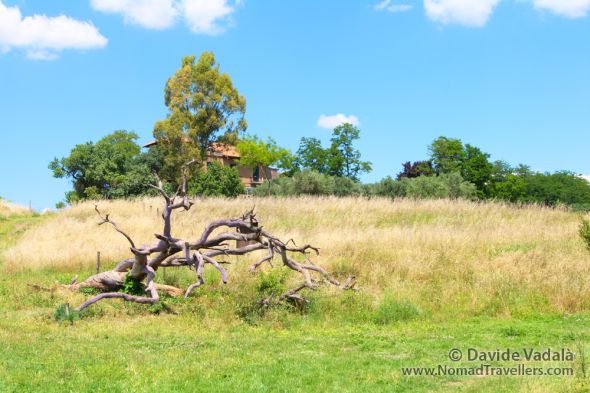 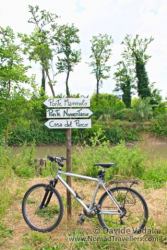 Directions in Aniene ValleyIn these weeks of forced stop in Rome, my hometown, we are keeping us entertained with our bicycles. Cycling in Rome is a mission: it's very dangerous if you are not used to, because there are no cycling paths, people drive like crazy and they have no respect for cyclists. But it's still the fastest way to move in such a big City with such a bad public transport system, and of course it's more pleasant.

Oti is quite a newbie to cycling, she learned last year to drive a bike! But she is progressing very fast, she is still not really comfortable in the italian traffic, but she is becoming more and more confident and we drove several times more than 50km in the city.

Critical Mass in Rome in 2013, under the rainLast week was in fact the Critical Mass in Rome, an international gathering of urban cyclists fighting for bicycle rights and taking possession of the road by creating a huge mass of cyclists. It's a monthly event, but the last weekend of May in Rome is the most important demonstration of the year, the "Ciemmona" gathering people even from neighboring countries, in particular from France, it's an international meeting or better intergalactic as the organizers call it. And it's a tradition at the end of the demonstration also to pass from the "tangenziale" one of the internal highways of Rome, blocked by the activists for safety reasons. It's also a lot of fun to participate, not only because there are a lot of like minded people, but also because it's a goliardic parade, with people dressing costumes and coming with unusual homemade means of transportation. You can see all the photo album of the Critical Mass at this link. 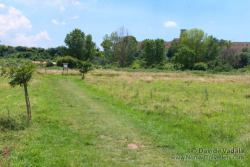 Cycling in Natural Reserve of Aniene ValleyLast friday instead we decided to take it more easy and to leave behind the busy roads to try one of the few cycling routes available in Rome; it's off-road, so rather a rural bike track than a bike lane. It's following the river "Aniene" one of the effluents of river Tiberim.

The first challenge was to arrive there: there is kind of a separate bike lane to reach the "natural reserve" of Aniene valley, but it's the most ridiculous you probably will see in your life: zero maintenance, continuous crossing of cars, 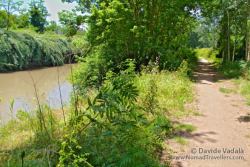 The cycling track along Aniene Riverinexplicable zig-zag, crossing through kids playgrounds, cars parked on it, signs and trees in the middle of the lane and many more.

Somehow we managed to reach the Aniene valley nature reserve, and at the beginning things got better. The track was visible and there were signs from time to time. The park isn't very well managed and dirtier than it should be, not to talk about the river and its banks, that are full of garbage brought by the current. But all in all it's a pleasant ride 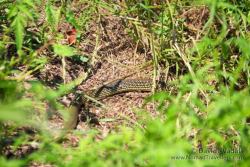 The snake we stumbled upon while cycling, probably a "Coluber Viridiflavus", and it looks like being in the nature, even if only 50 meters away are the busy roman roads. But after a few kilometers the cycling path disappeared, engulfed by blackberry bushes and vegetation. We had to find a way though an abandoned field covered with bumps and holes. We even met a snake on our way! Searching in internet it looks like it was an harmless "Coluber viridiflavus". And it wasn't the only animal we met: you probably can't believe it, but we also met the beings that are causing more deaths than any other animal in the world. I'm serious, I mean it: they are mosquitoes! With the recent rain and the temperature rise it was like being in the jungle. 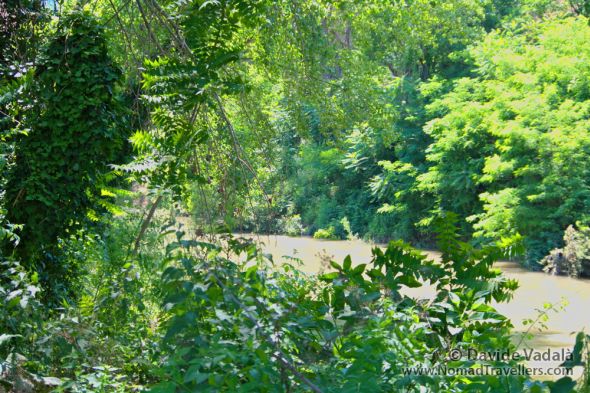 Is this the jungle? No, it's just 50 meters away from the busy roads of Rome!

Oti drained of energy in "Villa Ada" parkAfter reaching "Ponte Nomentano" the route in the natural reserve finished, and we continued our trip reaching "Villa Ada" one of the biggest park in Rome, and cycled a little bit more, until Oti collapsed on the grass completely powerless. In my mind I was envisioning to try also the bike lane along Tiberim river and then back from Caffarella Park, but Oti was so drained of energy that we decided to go back home (20 more km to go) first stopping for a recharging ice cream! 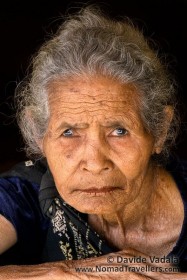